Home :: Blog :: Why Re-defining Homelessness and Responding to Census Data Should Inform Homeless Policy in India 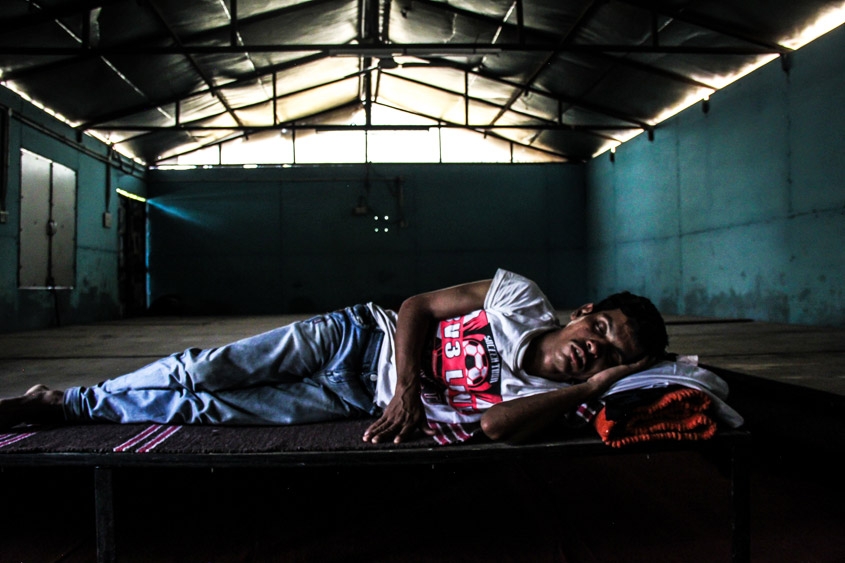 Based on this definition, census officials instruct enumerators to visit places where the houseless population is likely to live – roadsides, pavements, near drainage pipes, under staircases, temple mandaps and railway stations (Census of India, 1991, p 64). In my opinion, a definition which explicitly mentions places where homeless people reside is required to prevent undercounting and exclusion.   Due to the lack of clarity in the current definition, people who sleep in places where they work, for instance, are not counted as homeless, like labourers on construction sites, which arguably comprise a sizeable share of the working homeless population in cities.

There has been some progress on this matter on the state level.   Karnataka has provided a definition that relies on distinct categories of homeless people and is based on places where people sleep.  Their definition considers a person or family homeless if they:

(1) do not have a home, either self-owned or rented

(2) spend their nights sleeping in the place of work such as shops (including dhabas), factories, construction sites and offices

(4) live and sleep on pavement, parks, railway stations, bus stands, and places of worship, outside shops and factories, at construction sites, under bridges, in hume pipes and other places under the open sky or places unfit for human habitation

(5) spend their nights or days in shelters or transit, short stay, beggars' or children’s homes.

One challenge for policymakers is to define homelessness in a way that reflects the conditions in which people on the streets and in shelters live.  The other is for the central and state governments to respond to the needs of these people with proper services and infrastructure on the basis of information on trends on urban and rural homelessness that is already in the hands of policymakers.

Trends of Homelessness in India and States

Of 1.77 million homeless people counted by the census, 65.3% live in five states -- UP, Maharastra, Rajasthan, Madhya Pradesh, Andra Pradesh and Gujarat. The homeless in Uttar Pradesh account for 18.6% of the total homeless population of India.

India’s Supreme Court directed states to open one shelter home for 100 people in areas of cities with 100,000 people.  Since the census estimates a 0.25 incidence of homelessness in cities the Court’s ratio would, at most, cover 40 percent of the urban homeless population.

Is increasing homelessness in India’s urban centers a product of urbanization and rural urban disparity?  In-depth research on this topic is required to answer this question consclusively.   In my experice with the homeless in Jaipur,  struggles the rural poor face in accessing public programs in commonly cited as a reason why people move to cities to avail opportunities in employment, health care and eduction for children.

Rajasthan, where I work and reside, ranks 5th behind Chandigarh, Daman & Due, Dadra & Nagar Haveli and Delhi in terms of the number of homeless people per 100,000 population, . But the state’s urban areas have the highest ratio of urban homelessness compared to all others with 430 homeless per 100,000 people in its cities.

Rajasthan is the largest state in terms of area (342.24 thousand km) but ranks eighth in terms of population and is one of the lowest in population density (165 persons per sq. km compared to 325 for India as a whole).  About 70 per cent of the population earns their living from agriculture, implying that the story of urbanisation is yet to take off rapidly in the state.  Despite this, the share of the poor in cities is higher than in the countryside and the state, overall, has 10.2 % of the total homeless population in India.

Homeless Households and Population in Cities of Rajasthan

Jodhpur (11138), Jaipur (8930), and Kota (4679) have the highest number of homeless people in Rajasthan. There are 17 cities with a population of at least 100,000 which would fall under the ambit of the Supreme Court guidelines on shelters.  A few cities have sheltes but they are not adequate in terms of numbers, sufficient space to accommodate people and services, such as sanitation and food.

Homelessness is emerging as an important issue in Rajasthan. Despite a lower rural poverty ratio and low population density, decreasing work opportunities in rural areas are resulting in the migration of a contingent of labourers to cities in search of employment. These people work in the cities’ informal economies but remain anonymous. A proactive definition of homelessness is required to officially acknowledge ther existence and needs to facilitate government responses by way of shelters, social protection services and housing models.

This Blog topic was posted in National Shelter Policy.